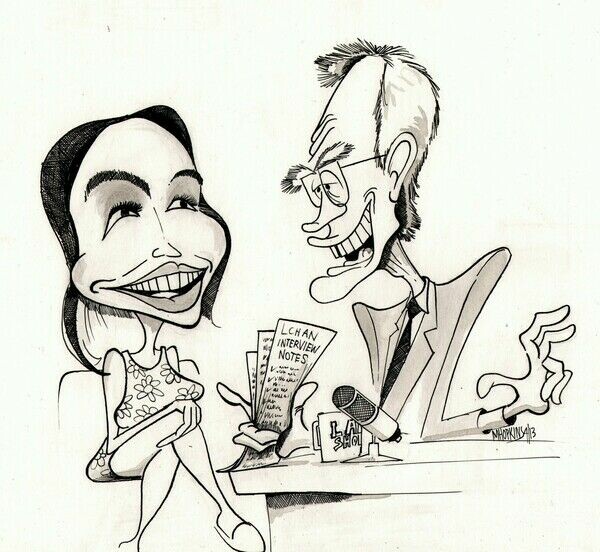 Michael Hopkins' Original Caricatures  are a unique glimpse into the mind of Michael's unique perspective of the world.

Michael Hopkins' Original Pen & Ink Caricatures are a one of kind work of art, which will last a lifetime. All of Michael's unique creations are drawn using the classic art form using pen and black India ink. Due to the ease of modern technology, this classic form of drawing is becoming a lost art, one which Michael is perfecting with each stroke of his pen. Michael's unique drawings have been purchased, published and exhibited all over the world.

All original artwork prices are listed at the value, placed upon the by the Artist, Michael Hopkins. However, if you see an original drawing that you like and would like to make an offer that is lower than the listed price, please feel free to let us know. All reasonable offers will be considered. 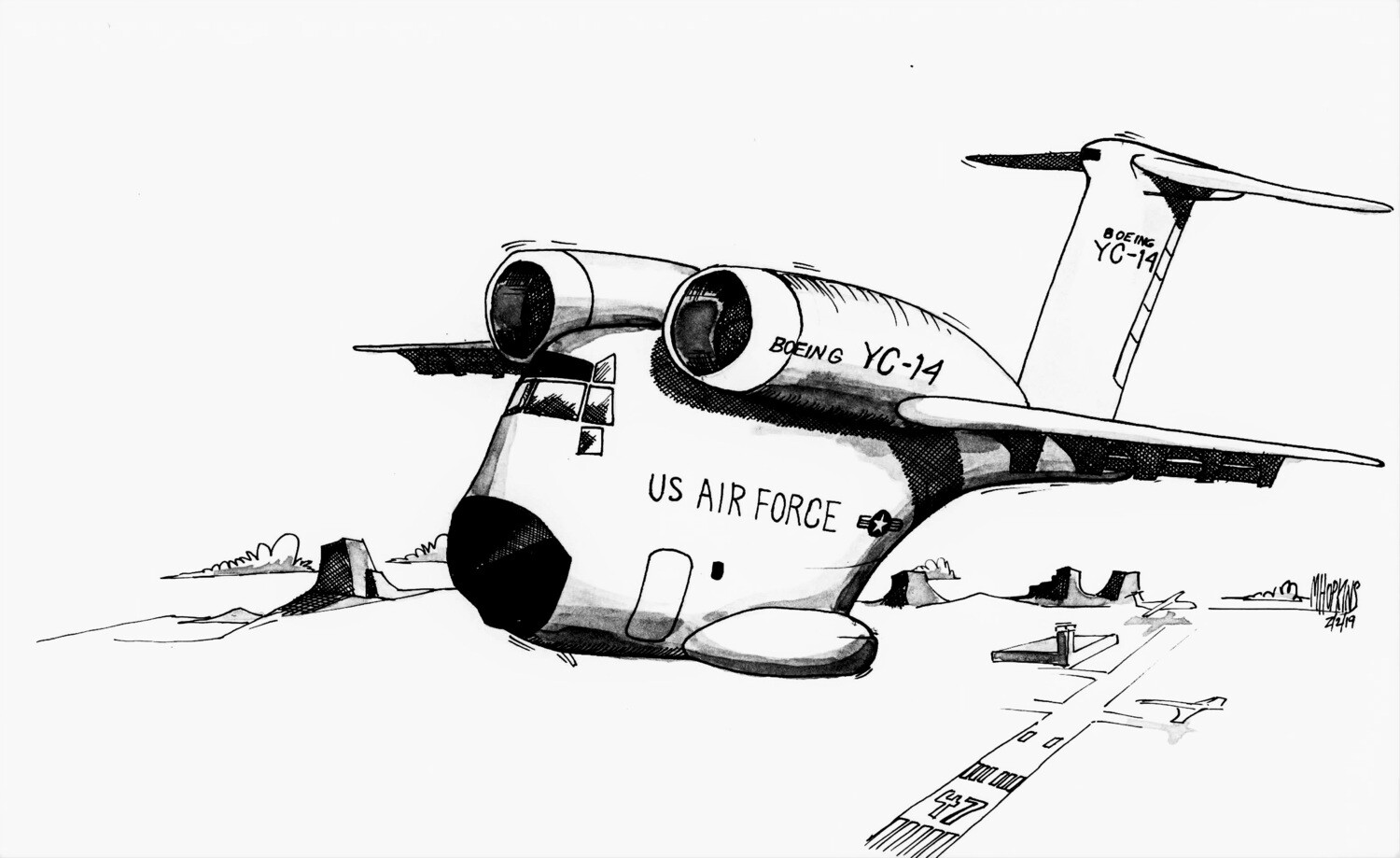 I created this Aviation Caricature of the Boeing YC-!4 in February of 2019. I was created on 10" x 16' Canson drawing board with pen and black India ink, with a slight wash.

The YC-15 had four engines, while the Boeing version had two. The YC-15 used large, double-slotted flaps that extended over 75 percent of the wingspan to enhance STOL capabilities. To save costs, it used a modified DC-8 nosewheel unit and the DC-10 cockpit, adapted for a two-person crew, with two lower windows for visibility during short-field landings.

The YC-15 could hold 90 percent of all Army combat vehicles, including a 62,000-pound (28,122-kilogram) extended-barrel, 8-inch (203 mm) self-propelled howitzer. Vehicles were loaded through rear fuselage doors with built-in ramps. The YC-15 introduced a number of innovative features, such as externally blown flaps, which used double-slotted flaps to direct part of the jet exhaust downwards, while the rest of the exhaust passed through and downward over the flaps, introducing the Coanda effect. It was also the first military aircraft with a supercritical airfoil.

The YC-15 first flew on Aug. 26, 1975, and a competitive fly-off against its Boeing competitor was completed in 1977. However, the Air Force decided against the AMST aircraft and terminated the program. On Dec. 10, 1979, it formally cancelled the AMST program for both the YC-14 and the YC-15. This resulted in the development of the C-X (Cargo Transport Aircraft-Experimental) — the future C-17

While visiting, Michael Hopkins Caricatures, if you see one of Michael's Original Caricatures that you really like and would like to make an offer that is below the listed price, please feel free to contact Michael at scribblesisme@yahoo.com, as we will consider all reasonable offers.

*Shipping not included in price

Save this product for later
Display prices in: USD

Who is Michael Hopkins? 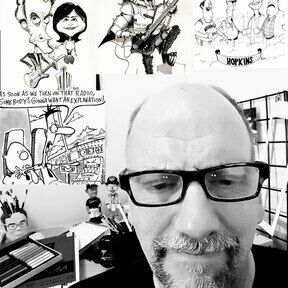 Born and raised in Renton, Washington, Michael Hopkins grew up surrounded the beauty of the Pacific Northwest and aviation history. At an early age, Michael art was inspired by the likes of, Al Hirschfeld, Chuck Jones and Seattle Post Intelligencer Cartoonist, Bob McCausland and of course, aviation.

Michael’s credits his sense of humor and absurdity to Stan Laurel & Oliver Hardy and Seattle's own J.P. Patches. The humor he developed, combined with his mastery of caricature, has been bringing smiles to the faces of those who understood satirical humor and consternation to those on the receiving end of his biting satire. Michael has proven over and over again, that the pen is indeed mightier than the sword.